Azerbaijan, “The Land of Eternal Fire”, with varied landscapes. It is the land of contrasts between old and new, tradition and modernity. Located on the border between Europe and Asia. Azerbaijan is a land of dusty deserts bordered by the Caspian Sea. And it is the land of snow-capped peaks of the Caucasus. It is home to nomads and shepherds, as well as the urban residents of Baku, the rich and progressive capital.

Azerbaijan is both a Muslim and a secular country, tolerant and democratic. The legendary silk road that in the past connected China to Europe, crossed Azerbaijan. On the roads where camel caravans passed, thriving commercial centers were established and mentioned in the ancient scripts. The location of Azerbaijan attracted the many nations and empires that conquered it throughout history. Including the Mongols, Persians, Greeks, and Romans, and most recently, the Russian Empire.

Its many rulers have left their marks in the crusaders’ forts and medieval alleys alongside tall mosques from the times of the Muslim Caliphate. As well as Italian murals and Arabic engravings. These historical and culturally important buildings were recognized as structures of value to humanity and included on the list of UNESCO World Heritage sites. The list includes the Fire Temple in Baku, Shaki Khans Palace, and the Momine Khatun mausoleum in Shaki.

Baku, the “City of Ghosts” is the capital of Azerbaijan. Situated on the coasts of the Caspian Sea, it resembles both Paris and Dubai. It is a cosmopolitan city with ultra-modern buildings, skyscrapers, and an ancient city that was recognized as a UNESCO world heritage site.

It prides itself on its wide and clean avenues, grand buildings and castles, huge shopping centers, fancy shops with prestigious brands, luxury hotels, parks, exquisite Paris-style fountains, underground subways, fancy cars and elegant pedestrians as befitting one of the richest cities in the world.
Baku is a city of contrast and change. On the one hand, the majority of its residents are Shiite Muslims, and on the other hand, alcohol is abundant and women dress modernly. The formal language is Azeri, but almost all residents speak Russian. In the past, it was a flat desert town. Now it is an empire of skyscrapers and streets that are swept by street cleaners, who are still using twig brooms. 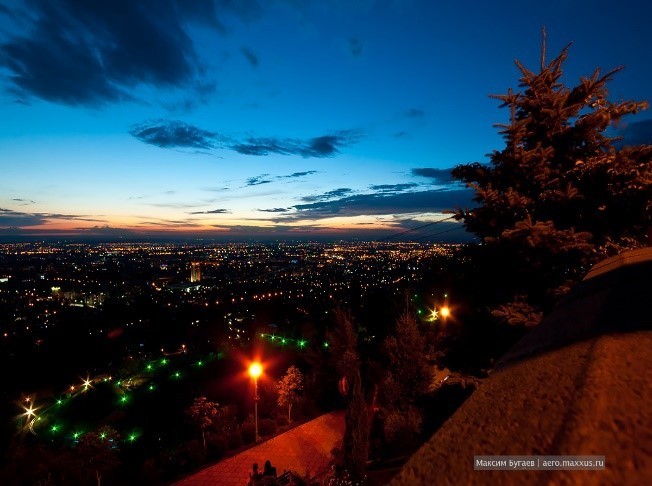 Baku, the “City of Ghosts” is the capital of Azerbaijan. Situated on the coasts of the Caspian Sea, it resembles both Paris and Dubai

Best season to visit-
From April to November.

Independence: Azerbaijan was previously part of the Soviet Union until it won its independence in October 1992

Neighboring countries:
Iran to the south
Russian and Georgia to the north
Armenia to the west